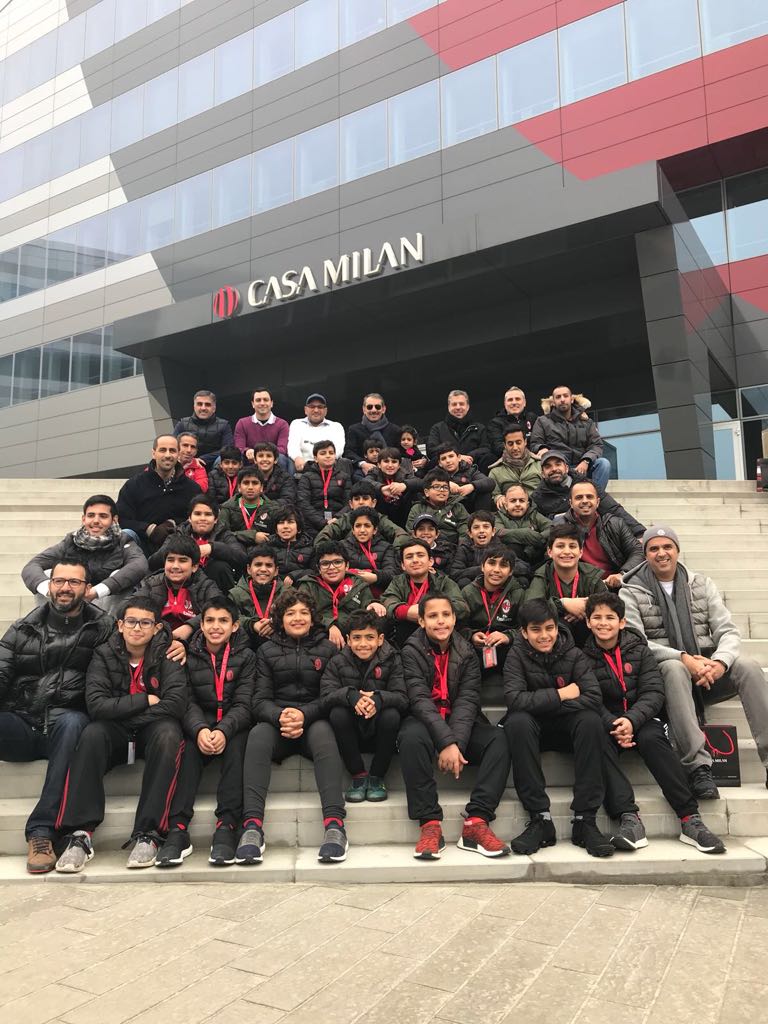 A delegation from LOYAC AC Milan Academy of Kuwait visited the city of Milan and was involved in a training session in Milanello training center.

The players of LOYAC AC Milan Academy of Kuwait even had the opportunity to follow the first team’s training session led by the coach and former football player Rino Gattuso.

During the break of the Italian Championship match between Milan and Lazio, the players of LOYAC AC Milan Academy Kuwait walked on the ground of San Siro Stadium to greet the Italian public and participate in some special activities.

The delegation received also the visit of H.E. Abdulnaser Bokhador, Consul General of the State of Kuwait in Milan and Northern Italy, who stressed the importance to promote and encourage the exchange of experiences in the sports field.