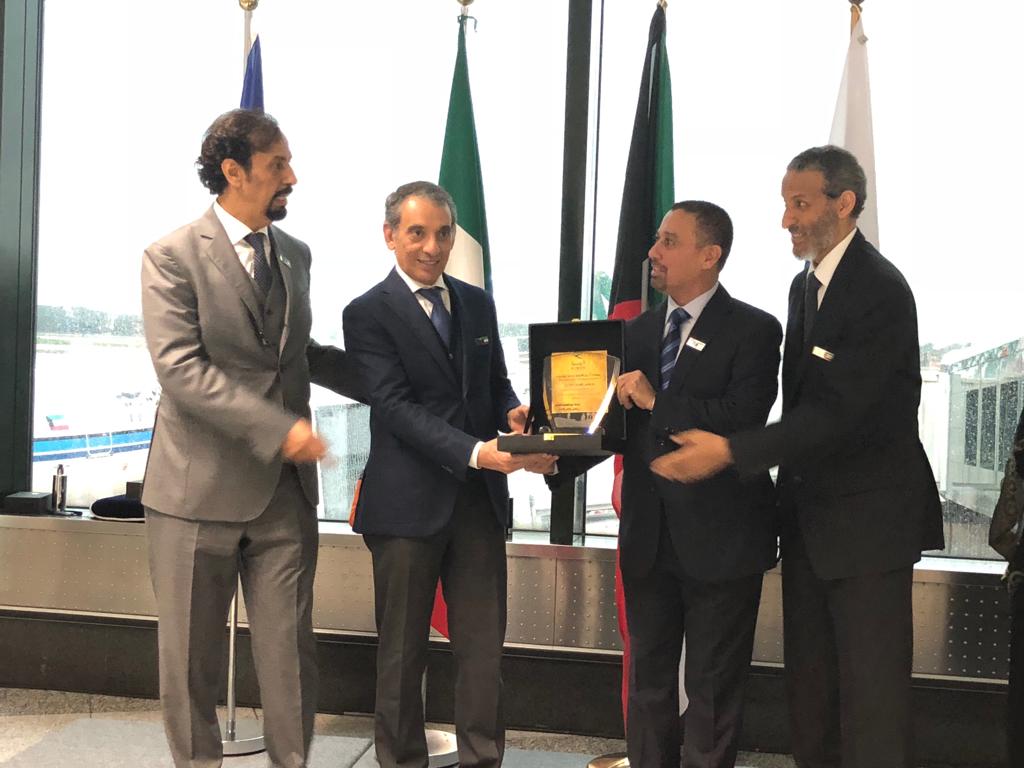 On Monday the 29th of October 2018 the first direct flight from the State of Kuwait to Milan landed in Malpensa Airport. H.E. the Consul General Abdulnaser Bokhador took the chance to underline that this new connection enlightens the importance of Milan and Northern Italy for the State of Kuwait and strenghtens the relations between the two countries in the cultural, politic and commercial fields.