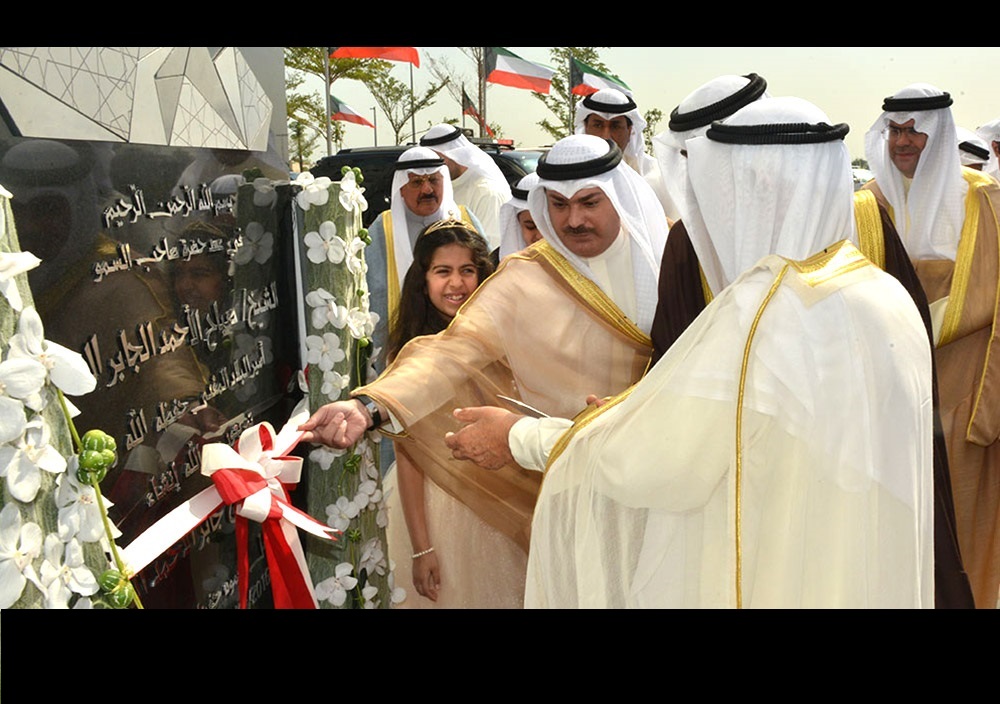 Under the asupices of His Highness the Amir Sheikh Sabah Al-Ahmad Al-Jaber Al-Sabah and with his attendance, the inauguration ceremony of the Sheikh Jaber Al-Ahmad Cultural Center was held on Monday the 31st of October 2016.

The inauguration of the Center came concurrently with the celebrations for the selection of the State of Kuwait as the capital of Islamic culture: the country has been chosen for this prestigious award because of its active role in promoting culture as support for civilizations and development.

The project of the Center, which consists in four main buildings, had been completed in record time (around 22 months) and required the use of around 21,000 tons of steel and titanium. The engineers developed an intricate design made of symmetries and motifs in which the sun’s rays create a play of shadows inside and outside the buildings, where the most recent technologies merge with the proud of the past. The Center, that represents an artistic and cultural monument and is named after the late Amir of Kuwait Sheikh Jaber Al-Ahmad Al-Jaber Al-Sabah, was built on an area of around 214,000 square meters and it is considered an architectonical jewel, with a theater area of around 10,000 square meters, including the mail hall (the National Theater) with a capacity of around 2000 seats, a second theatre with a capacity of 700 seats and a rehearsal room for 200 people. Next PostOfficial visit of Consul General to Piedmont