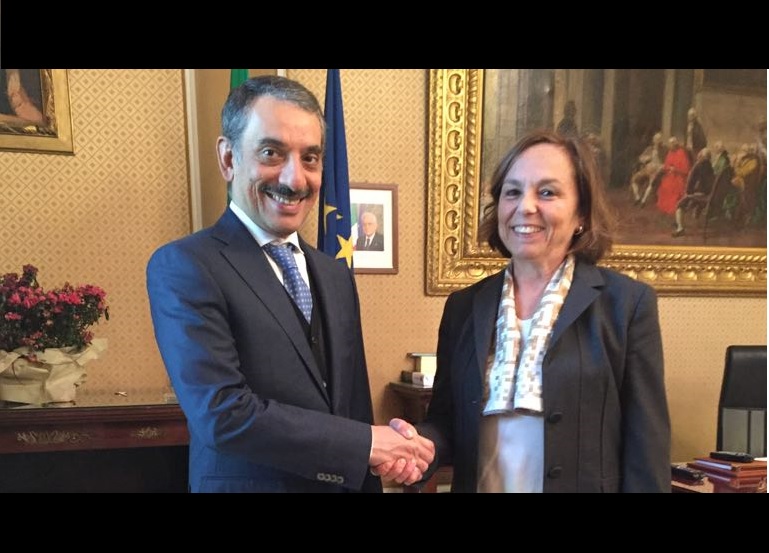 The Consul General of the State of Kuwait in Milan and Northern Italy Mr Abdulnaser Bokhador, in the morning of Thursday the 30th of March 2017, paid an official visit to the new Prefetto of Milan, Mrs Luciana Lamorgese.

Mr Bokhador expressed his compliments to Mrs Lamorgese for her appointment to the charge of Prefetto in such an important town as Milan.

The two representatives spoke about the excellent bilateral relationships between Italy and Kuwait, underlining the wish to find new cooperation paths in order to guarantee the best support in economic, commercial and cultural fields, strengthening the friendship and the partnership between Milan and the State of Kuwait.

The focus moved lately on the security efforts to guarantee a safe environment for the offices of the Consulate General and Mr Consul General’s residence, in addition to the attention to be paid for the security of the numerous Kuwaiti citizens travelling to Milan, usually on summer or in occasion of international exhibitions.

The main theme of the meeting was to create new cooperation channels in order to develop and strengthen the tight relationship between the Prefettura of Milan and the Consulate General of the State of Kuwait in Milan and Northern Italy.