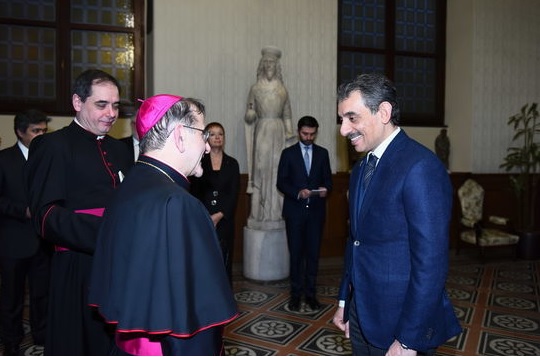 H.E. the Consul General of the State of Kuwait and Northern Italy, Mr Abdulnaser Bokhador, attended the meeting between the Archbishop of Milan Monsignor Mario Delpini and the members of the Consular Corps of Milan.

H.E. Mr Consul expressed his best wishes to Monsignor Delpini for his new position while the Archbishop declared his full availability in strengthening and encouraging the cooperation and the excellent relationship between the Curia of Milan and the State of Kuwait.