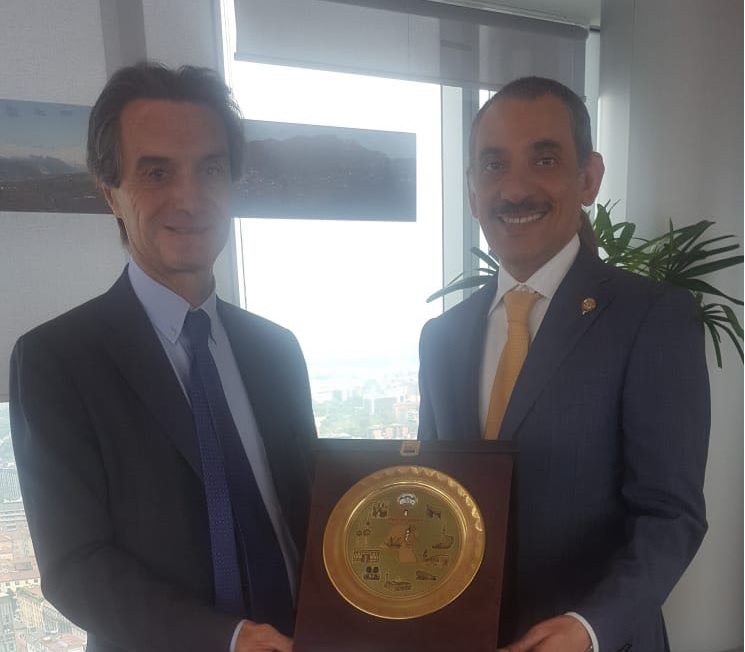 On the 12th of July 2018 the Consul General of the State of Kuwait in Milan and Northern Italy Abdulnaser Bokhador met the President of Regione Lombardia Attilio Fontana.

During this meeting, the two representatives spoke about the strong friendship relations between the two countries. They even discussed the possibility of finding new ways of cooperation, in order to support  relationships between the State of Kuwait and Northern Italy, in particular in the economic, commercial and cultural field.

In addition to this, the Consul General Bokhador and the President Fontana confirmed they will to strengthen the relations between Lombardia and Kuwait, by enhancing their partnership, in the interest of the two countries.