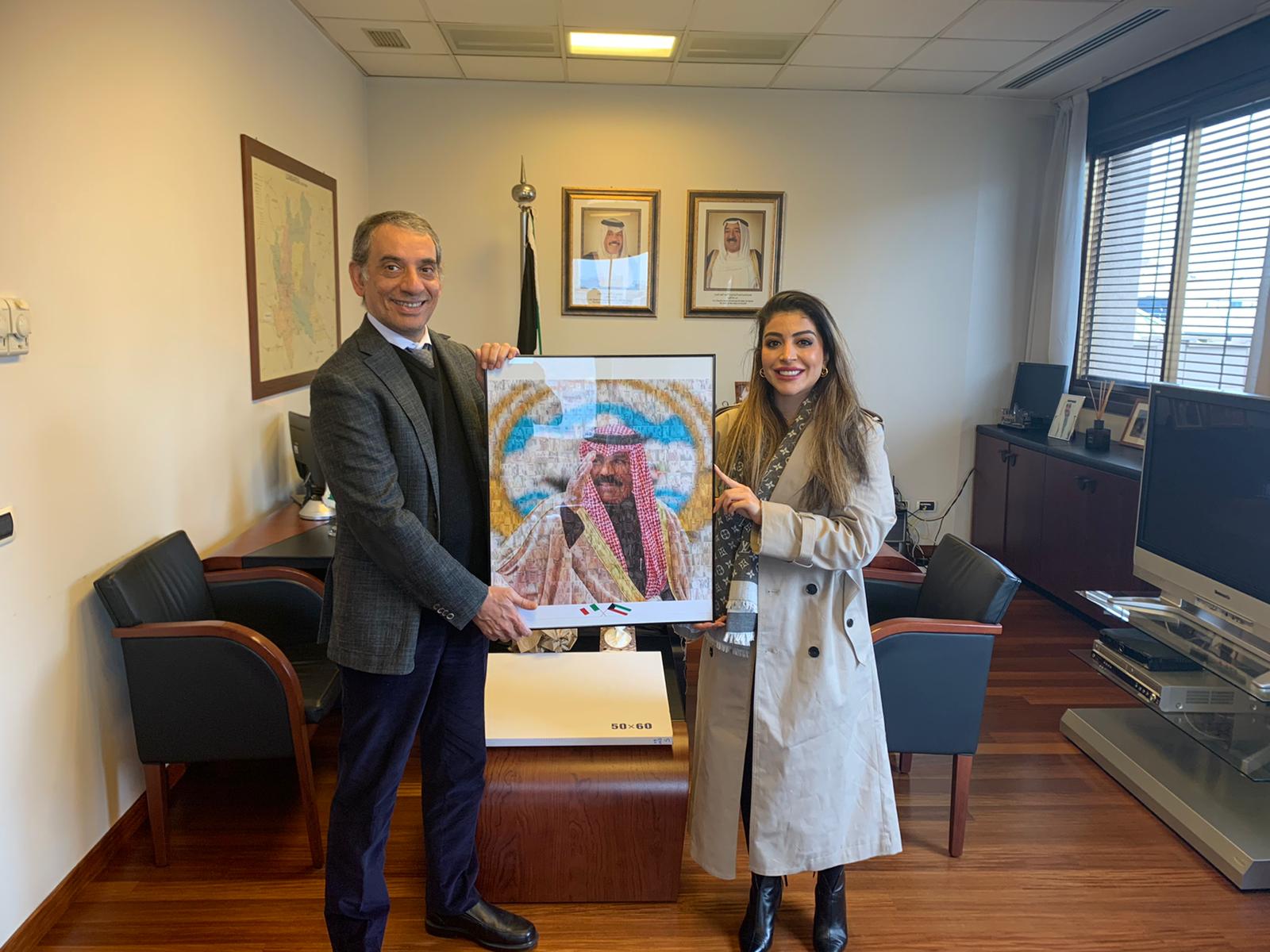 On Wednesday, 21th October 2020, the Consul General of Kuwait in Milan and Northern Italy, Mr. Abdulnaser Bokhador, received from Dr. Esraa Al-Shatti a portrait in honor of His Royal Highness the Amir of Kuwait, Sheikh Nawaf al-Ahmad al-Jaber al-Sabah.

The work of art is a collage of various small photos representing several episodes from the life of His Royal Highness Sheikh Nawaf al-Ahmad al-Jaber al-Sabah, as well as his commitment and dedication to the country.