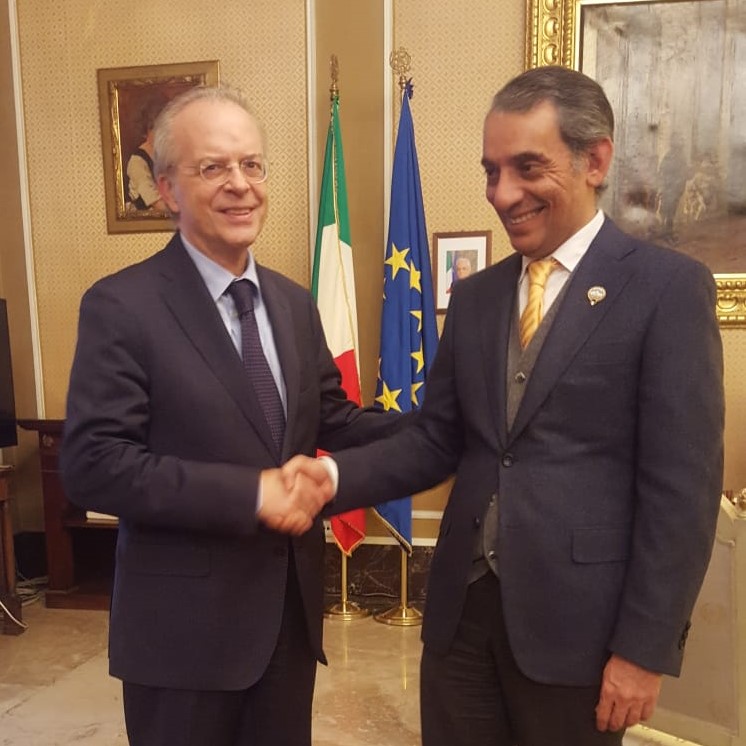 On the 14th of November 2018 the Consul General of the State of Kuwait in Milan and Northern Italy Abdulnaser Bokhador met the Representative of the Central Government in Milan (Prefetto) Renato Saccone, recently appointed, and extended his warmest congratulations for his new position.

During this meeting, the two representatives spoke about the strong relations between the two countries.

They even discussed the possibility of finding new ways of cooperation, in order to support relationships between the State of Kuwait and Northern Italy, in particular in the field of culture, which will in turn improve the friendship and partnership already existing between Italy and Kuwait.