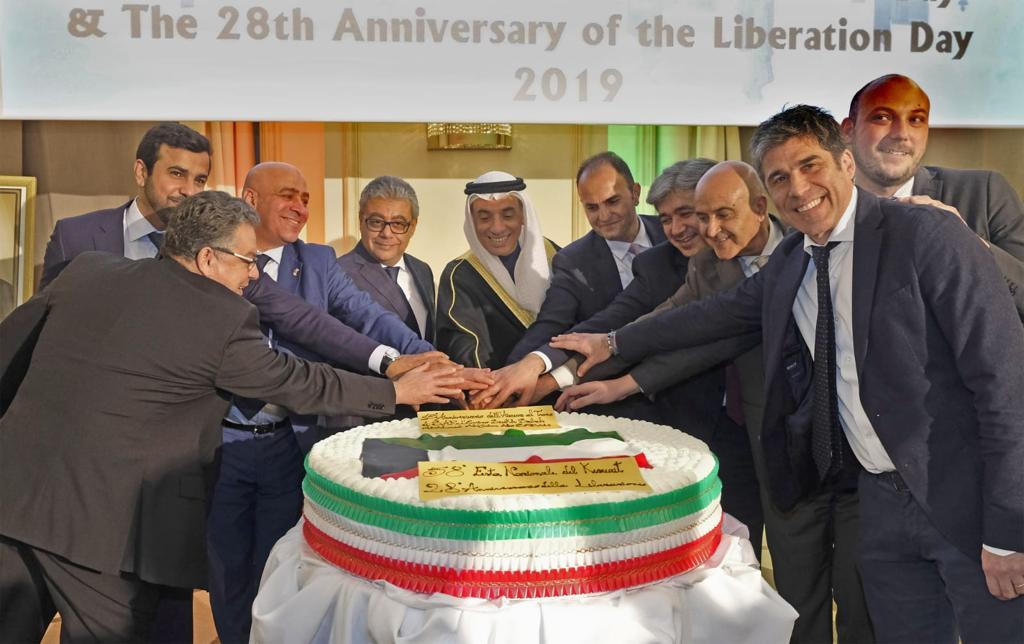 On Tuesday the 26th of Febuary 2019, the Consulate General of the State of Kuwait in Milan held a reception in Principe di Savoia Hotel, in the center of Milan, to celebrate the 58th National Day and the 28th Anniversary of the Liberation of the State of Kuwait, under the patronage of His Highness the Amir of Kuwait.

In addition to the abovementioned personalities, the representatives of the Consulat of Kuwait were glad to welcome the Dean of Milan Consular Corps, many diplomats fron Arab and foreign missions in Milan and Lombardia, members of Parliament, members of armed forces and media officers.