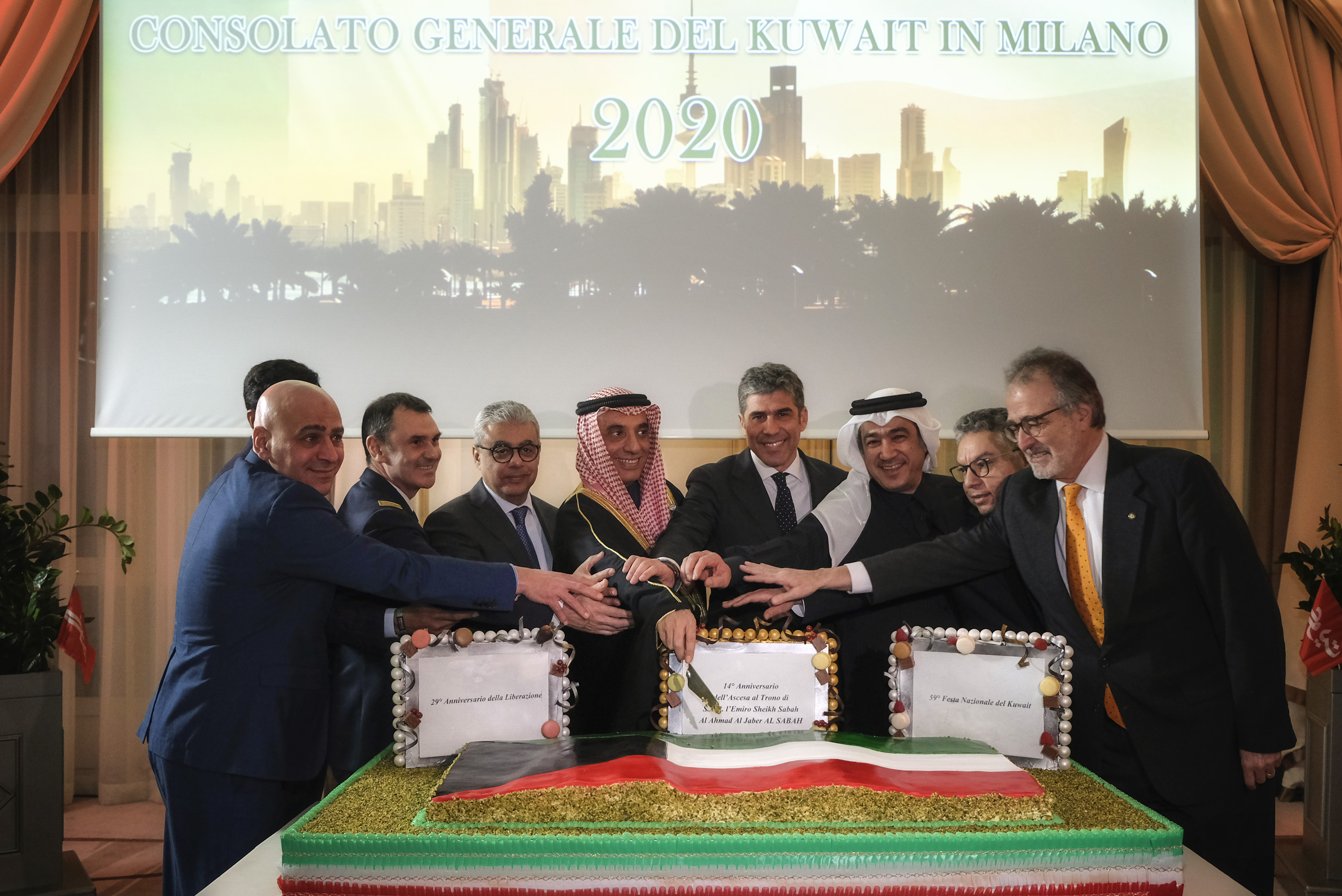 On Friday 21 February 2020 at Principe di Savoia Hotel, the Consulate General celebrated 59th Kuwait National Day, as well as the 29th Liberation Day and the 14th anniversary of the accession to the throne of His Highness the Amir of Kuwait. The Consulate of Kuwait team was also glad to welcome diplomatic representatives of several countries, between them politicians, entrepreneurs, and journalists belonging to Italian Society.